Nevada Southern Railway > About Us

"We support the Nevada State Railroad Museum at Boulder City, Nevada, and its programs for the education and benefit of the public and Museum visitors through donations, staffing, maintenance, operation, construction and restoration of historic railroad equipment and models."

We are a Nevada charitable corporation and have a IRS 501c(3) tax exemption. Donations may be tax deductible. Check with your tax advisor. 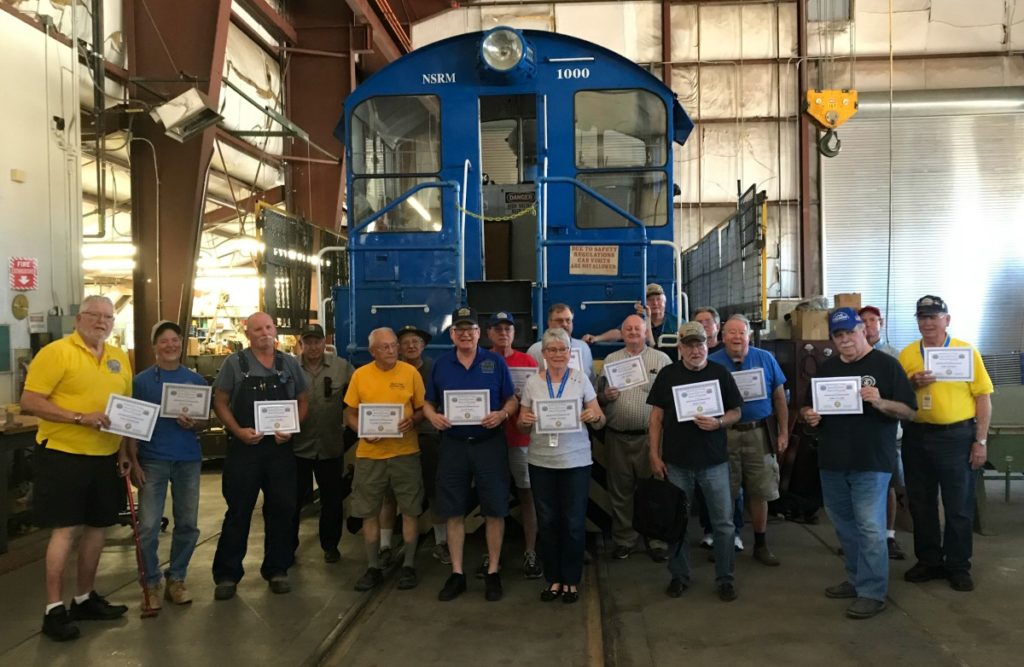 In addition, we offer annual memberships which entitle you and your family to ride the train as often as you wish! The free rides apply to our regularly scheduled weekend runs. Special events that run on different schedules are excluded. Membership also includes a 15% discount in the Gift Shop and free entry into the other six Nevada State museums located throughout the State.
Click here to print a FNSR Membership Application.

History of the Nevada State Railroad Museum at Boulder City

1985
Union Pacific donated part of the historic Boulder Branch to the Nevada Department of Museums and History. The Nevada Department of Museums recognized its historical significance and wanted the site preserved. Additionally, Henderson and Boulder City viewed the line as an important part of their future transportation system and economic growth.

1987
The State conveys a portion of the railroad west of Hwy 95 to the City of Henderson to allow it to be used as an economic development tool.

1996
The maintenance facility and offices were completed at 600 Yucca Street.

1997
Track rehabilitation work was completed in preperation for the planned excursion train operation. Advanced planning began on the design of station and platform.

2000
A station platform and associated buildings were constructed at 601 Yucca Street. Work continued on rehabilitation of rolling stock and locomotives.

2005
Train operations resume in April each weekend and continue each year, except January. Ridership and Museum visits continue to grow each year to date.

2008
The charitable, volunteer support group, Friends of the Nevada Southern Railway (FNSR), receives its State charter. The Volunteers' provide the crews that staff and operate the train, do maintenance and restoration work and fund raise for future projects and expansion. This continues to the current day.

Donate to help preserve both the museum's history, as well as our vision for expanding the museum and creating a modern new Visitor Center.

Three different Membership Levels are available, and include a 15% Discount to our gift shop and FREE included regular weekend train runs.

With over 60,000 visitors per year, we couldn't exist without our volunteers. Not only are there a wide variety of activities, we have fun. Learn more here.

Your ticket for the: About Us